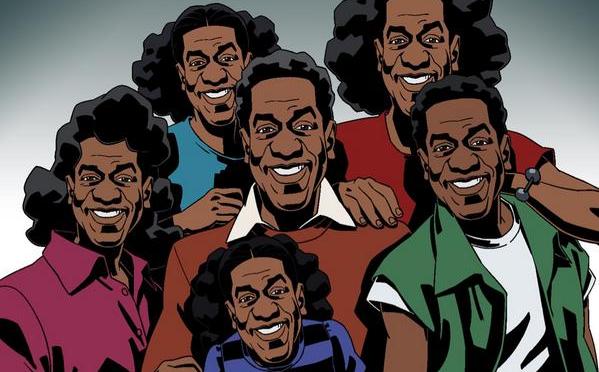 Though my thought is that shenanigans probably, well almost definitely, happened throughout the course of his career, I cannot call him a rapist based on half-remembered testimony. Janice Dickinson, hot mess that she is, really puts the claims in side-eye territory in my opinion.

Without proof, I cannot honestly say he is guilty of those crimes…

What has been happening with the Cosby incident never sat quite right with me. Not because he’s Bill Cosby, but because it just never felt quite “right” to me vibe-wise… In other words, my gut tells me something different.

For example, with the OJ trial, I always felt that if OJ Simpson didn’t murder Nicole Brown (which, I still think he didn’t) he definitely knew who did. With the R. Kelly sex tape incident, even before I saw the evidence, I knew in my heart of hearts that he did that shit.

With Cosby, please understand, I felt he definitely had mad indiscretions, but I don’t feel that roofies or forced intercourse was involved. You know me. If I felt that’s how it went down, I’d be all over it. But, that’s only after I’ve heard all of the evidence from multiple angles and made my own decision based on those facts.

I’m not one to follow the court of public opinion. Right now, it’s pure speculation and, if it were truly the case, why don’t these women file civil suits against him? Yes, the statute of limitations on criminal charges has passed, but don’t they still have some sort of legal recourse if these accounts were indeed true. Or, why haven’t these women banded to together and put the pressure on? Why have they acted separately instead of collectively?

No one is brushing Women’s Rights under the rug. I simply pose the question that, just like Ferguson, why don’t the women who made the claims of sexual assault against Cosby come together as one voice, one chorus, as opposed to disparate voices in the wind?

For example, I agree wholeheartedly with the University of Virginia’s decision to shut down their fraternities due to sexual assault. Granted, it took an article from Rolling Stone to get the ball rolling, but anyone who has gone to college knows the prevalence of rape culture at U.S. campuses.

That’s why I question the whole Cosby thing. Again, I never said that he was simon-pure in this situation. I simply called into question the allegations of sexual assault based on the points that I have brought forth during this post, court of public opinion aside.

The statue of limitations for a criminal trial has long since passed. But again, what about a civil suit? Apparently, there are more than enough accounts of the behavior and fourteen voices in unison are way more powerful than one…

Again, the question is why haven’t these women banded together?

There are 14 of them… And they have made their claims known. In the realm of social media, they know that they are not alone. So, just like support groups, there should be solidarity and support…

Why isn’t there among these women?

Please understand that I am not diminishing rape or its victims. In my heart, I just don’t feel that it applies in this instance. And, until there is proof or, more to the point, some sort of solidarity amongst these women in the public eye, my feelings concerning this particular situation are not changing.

Mr. Cosby’s silence on the matter is not a good look at all. An innocent man would not stand silent while his name is being dragged through the mud. Again, I agree there has been wrongdoing on his part. I think we can all agree on that. His reputation has been permanently tainted. I just pose this question:

Why now? Why in the twilight of his career have these allegations come to light? Why not during the height of his fame, his influence in this country? Why not soon afterwards? Remember, after the death of his son that girl came forward claiming to be his daughter? Where was the outrage then? Why didn’t people come forth then? He was vulnerable at that point, but that incident was soon forgotten. And knowing that, we allowed him to play respectability politics knowing he had that shade on him, yet our outrage over that was, again, minimal.

If I’m not mistaken, and I very well may be, the overwhelming majority of the women making the claims have been white, with only one (that I am aware of) being light-skinned, perhaps biracial. And it comes to the fore now, in the midst of the revelation that it ain’t all good in this post-racial America. A paragon of Black America, the United States so-called favorite TV dad, who is Black, is coming under fire.

Hannibal Burress did his job quite well indeed.

I guess my ultimate question is… Who benefits?